Ben Cohen, Fellow of the Royal College of Surgeons, has  died  at the age of 101.  He was born into a family of poor Jewish immigrants who settled in the Glasgow Gorbals before the First World War. His father was a militant socialist and fled from Vitebsk to avoid both political and religious persecution under the Tsar. The son grew up  in the political culture of ‘red Clydeside’, attended Socialist Sunday School, and accompanied his father to many  meetings where he heard Jimmy Maxton and John Maclean  speak of social injustice, early experiences  which left a lasting impression on his political sympathies.

He won a scholarship to Hutcheson’s Grammar School, where he excelled in Classics, but was persuaded  by his family  to study medicine at Glasgow University, where he qualified at the age of 22. He wanted to volunteer for the International Brigade during the Spanish Civil War but was deterred by the fact that he was the family’s main breadwinner after his father’s untimely  death from a bungled surgical operation.   This event was  responsible for his  resolve to  become a surgeon and specialise in ENT.

He came down to London to take up his first appointment at the Jewish Hospital in the East End, and then, at the time of Munich,  worked as a houseman in Addenbrooke’s in Cambridge. He went on to spend a year at the Radcliffe  Infirmary at Oxford, which must have left the greater mark as he always cheered on the dark blues in the Boat Race. Locum work  took him temporarily back to his home town, but he spent most of the war at the Royal National Throat Nose and Ear Hospital in London. There he met his wife to be, who was a ward sister, and after a whirlwind hospital romance they married, his only son being born in 1943.

After the war he was called up to the Royal Air Force, where he served as a  Squadron Leader, and in addition to his hospital duties, spent many hours in the air studying the effect of fatigue  on pilots. On discharge he studied  for his fellowship and obtained his first consultant appointment  at the Royal Northern in 1950. Having experienced   working conditions in pre-war medicine  he was a strong supporter of  the NHS. Subsequent appointments were  at the  Royal Northern, North Middlesex, Barnet General, and Potters Bar. In 1965 he co-published a paper on a new surgical procedure for the treatment of Leukoplakia of the Palate[i]. He was a conservative surgeon, whose priority was to  consider the clinical picture within a wider understanding of the patient’s life circumstances. He was also ahead of his time in insisting that mothers or other carers should be allowed to spend as much time as possible  with children in the ward in order to lessen the psychological trauma of  separation  from the family. He worked  as an unpaid consultant to Dr Barnardo’s  Children’s Homes for many years.

He  developed a private practice, mainly working for trade unions,  assessing industrial injury compensation claims from  factory workers  who  suffered hearing loss as a result of inadequate protection from noisy machinery.  He also had a number of well known opera singers and actors as patients. On his retirement from the NHS  in 1980 he was given a distinguished career award , but  in the latter stages of his medical career  he had  become somewhat disillusioned with the  bureaucratic management structure of the NHS.

He was very widely read with a range of  interests in literature, topography  and history. In his retirement he collected an impressive library of antiquarian books on London and the Thames. He compiled  and self published three bibliographies, on the Thames, the Clyde and the Delaware, the latter  sparked by an acquaintance with an American academic expert on Boswell whom he met at a conference some time after his wife’s death.  His interest in rivers, and the Thames in particular, was stimulated by having a  cabin cruiser which he kept at Henley where he spent increasing amounts of time, although he also travelled widely across Europe, including a trip to Russia.

In the last decades of his long life he regularly attended lectures at the Royal Society of Medicine, and the LSE. He  returned to his academic interests, and researched a number of case studies in clinical  biography which he published in a variety of medical journals. He  also wrote up  his reminiscences of life as a junior hospital doctor. This material, including a long study of Chekhov, was  collected as a Miscellany and self published in 2010.  He left behind an extensive memoir detailing his early life  growing up in the Gorbals, and his experiences as a young doctor. This material is now being edited by his son  and will be published shortly online by History Workshop Journal.

Below are some photographs of the bench naming ceremony in memory of my dad. This took place in Gordeon Square Bloomsbury , somewhere my dad used to spend a lot of time over many years , and which we visited a lot as a family when I was growing up. 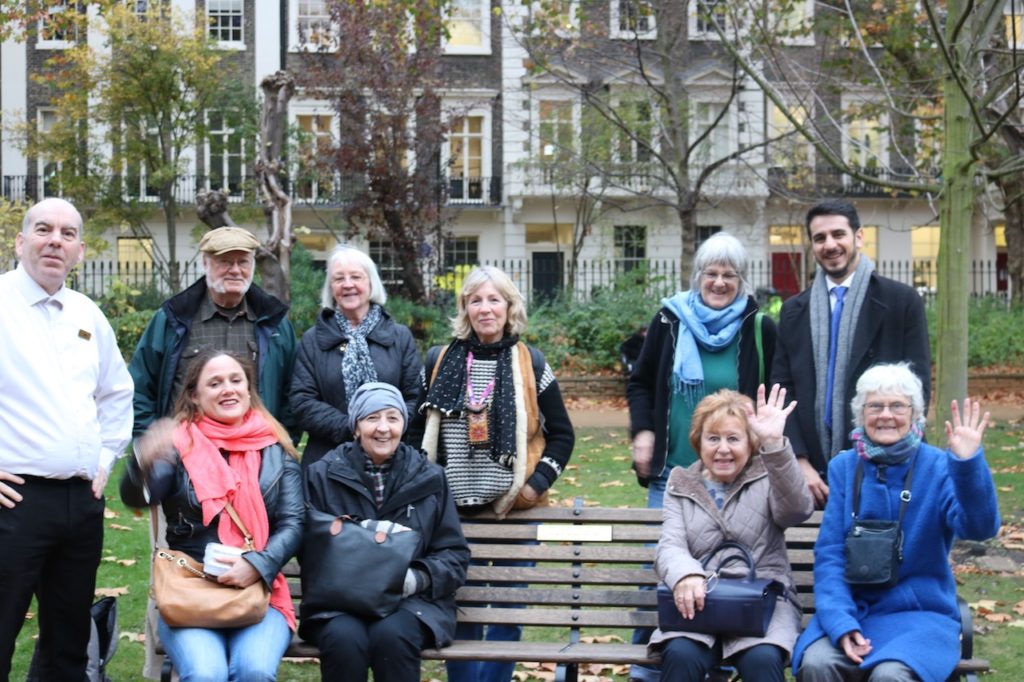 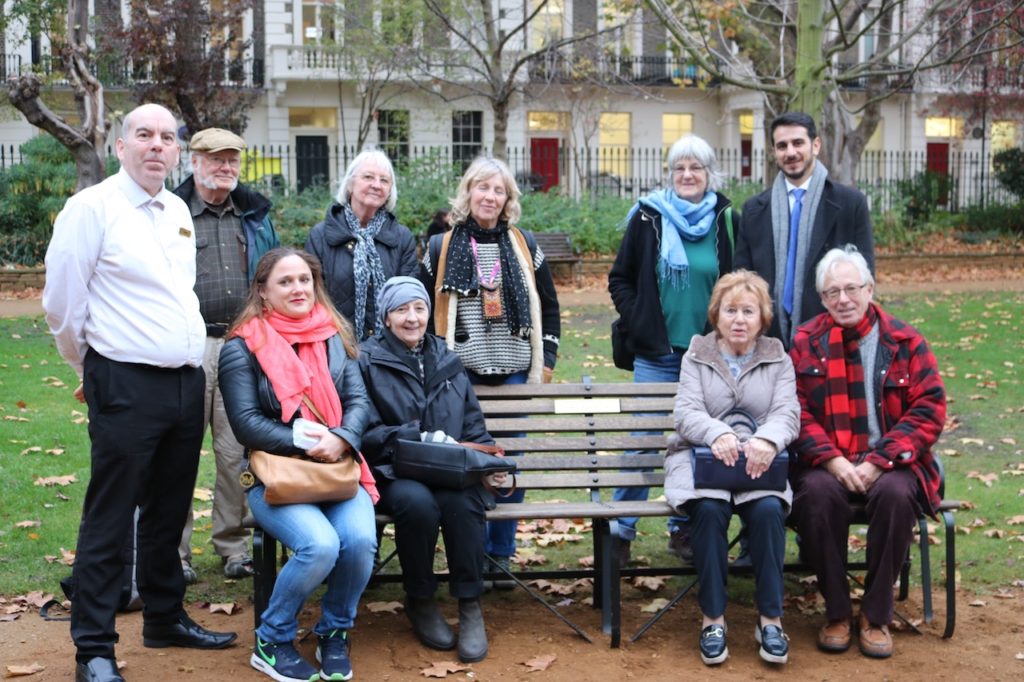 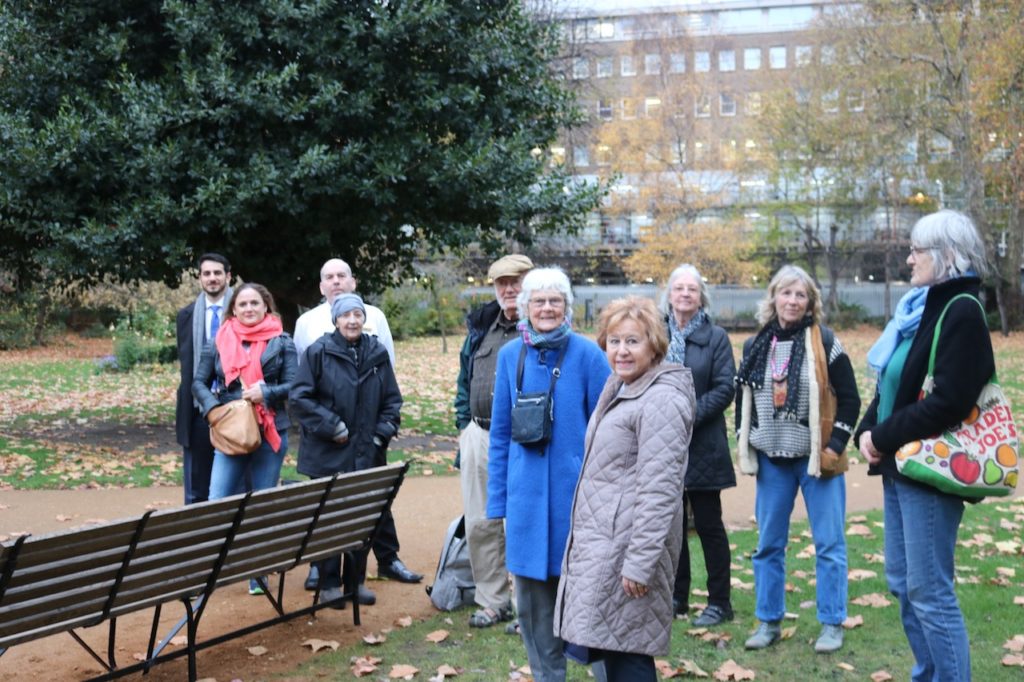 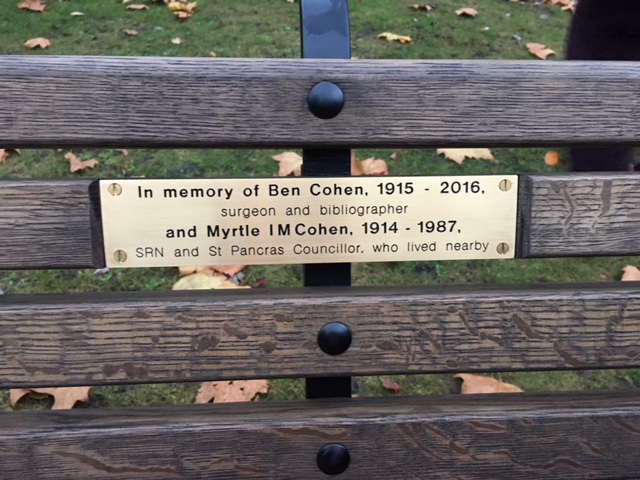 This is an edited version of a talk given to the opening session of ‘Cartography on the Front Line’ seminar series, at the British Library on October … END_OF_DOCUMENT_TOKEN_TO_BE_REPLACED

In memory of Mantas  Kvedaravicius,documentary film maker, killed in Mariupolis,, aged 43, by  Russian Federation  forces on April 4 2022. This text … END_OF_DOCUMENT_TOKEN_TO_BE_REPLACED

I recently had the experience, fortunately an unusual one, of being snubbed. Blanked Out. Given the cold shoulder. The bum’s rush.   … END_OF_DOCUMENT_TOKEN_TO_BE_REPLACED